Being a veteran and older, Alvin was now credit worthy. Alvin was ready to get a business loan and be an entrepreneur. He started with a used tractor, mower, rake and baler. Soon he moved up to a brand new blue Ford tractor. It didn’t have a cab but the summer heat of Missouri was not a problem for him.
I drove the red and white Rambler station wagon. He had a blue Chevy pick-up. With the boys in the car, I would travel the gravel roads to find the field where he was mowing. I would have a jug of tea, some sandwiches or left over fried chicken. Often I would get lost, as directions were always vague. Attempting to turn around, I'd end up in a ditch. Somehow I always got out. 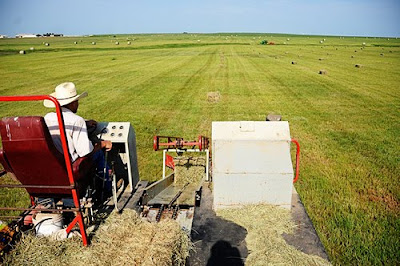 Then he found the baler. It was meant for the flat fields of Kansas, not the hills of Central Missouri. It was a novelty. We drove to St. Louis together. He returned driving this monster through St. Louis rush hour traffic with me dutifully following behind.
We picked up a few employees. I think all of them eventually got paid. I did the books. Alvin would mow and rake. The men would help with the hauling. The conveyor belt on the baler was to have eliminated this expense, but it didn’t work.

I kept trying. I kept failing. Now I wanted to die. I had thoughts of suicide since I was a child, the result of shame. Twice, in some sort of desperation I overdosed with pills. I was taken to the ER. They released me as a neurotic woman looking for attention. Alvin yelled at me. Alvin was screaming at me once day in the pick-up truck as I opened up the door in an attempt to jump out. He grabbed the door is it swung open just in time to prevent my success.
With the help of the GI Bill, he went to the University. I tried as well. I was admitted without a High School diploma for summer session. I dropped out without doing proper documentation. Those F’s still stand on my transcript. Ultimately, they prevented a graduation with honors.
Alvin took Greek to prepare for ministry. I helped him with the flash cards. He also found a social life. He started to drink. He started seeing other women. He started sleeping with them. I knew but I didn’t want to believe it.
We moved to another house. We did without food as now money went not just for his clothes and tools, but for alcohol. More than once I rode in terror on the gravel road to our house while he drove drunk. I would beg him to stop. He would back hand me and tell me to shut up.
He had a job at the Scottish Inn as a night clerk. I would go and beg him to forgive me, to come home. In later years he would tell our sons that he left me because I didn’t iron his blue jeans with a deep enough crease. I also didn’t fold his underwear correctly. I had been rebellious. I still don't think jeans should have a crease. Nevertheless, I would iron them. The fact that I could iron and starch fatigues with perfection were forgotten.
It wasn’t enough. He was gone. He left. I was alone. I couldn’t afford the rent. I moved in with my mother. I applied for welfare for the first time. Commodity foods again appeared on the table. In time I would be one of the first to receive food stamps once implemented.


At one point, I almost went as an inpatient to the local mental health facility. Alvin found out and said he’d take the children.  I did not go nor did I mentioned it again. My mother urged me to put Nathan and Jason in foster care. Her rationale was that I could get them back after I got my life together. I wouldn’t do it. These were my children. I’d do whatever it took to keep them with me. I was now a single mother.
My mother pushed me to get a divorce. I found an attorney. The attorney filed. Alvin never showed or contested. We were divorced. I continued to pray that God would restore our marriage. I knew that God wanted our marriage to survive. We had exchanged vows. I meant them. In my heart I wasn’t divorced.
I don’t know how many women he was with over those months. I know he came back one day. He said he’d changed. He told how he dropped to his knees in the middle of a ball field and sought God for forgiveness. Redemption had come. Our marriage was saved. 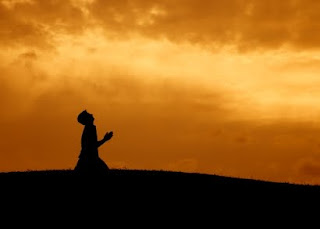 While my mother was in Canada visiting my brother as she contemplated a marriage to her suitor, Murl, Alvin and I remarried. God is great. God had answered my prayers. God has done the miraculous. We started talking about the ministry again.
Posted by Joyce Lighari at 5:00 AM