The Parson Comes to Call

When I started this series with the entry A Draft, I had no idea where it would go. Like a snowball that cannot be stopped as it rolls down the hill gathering more snow, this story keeps going and growing. Many of the details are still laying in the snow pile. You are hearing just the highlights, or lowlights. Everything is true.

Nathan would run the trailer court. Often he'd sneak out of bed before I got up. He'd be outside playing by the time I did. It was a safe place. His best friend was Butch Hamilton. I could peek out the windows and see Nathan and Butch digging for frogs and worms. Too excited from play, trip inside to use the bathroom were optional. Nathan picked up a southern accent from his friend. Life seemed good. I had good neighbors. Army communities are like that; people cling to each other.
Betty Boomer would take me to the store. Later, another Army wife decided I had to learn to drive. She gave me her car keys and said drive. That was all I needed. At 19, I finally had a driver's license. Marion, another neighbor, took me under her wing. I’d run in and out of her house for friendship, advice and an occasional cup of sugar. I wanted Alvin to reenlist – a re-up bonus would buy a double wide trailer. He'd make Sergeant. We’d be set for life.
Jason’s lack of development was our only major problem.  Because Jason was quiet, Alvin never abused him like he did Nathan. Nathan was already being beaten by the belt for minor infractions. The Bible said to spare the rod was to spoil the child. I thought it was right.


It was a weekday morning. Brother Boomer came to my door. He knocked on the screen. Not responding fast enough, he walked in. 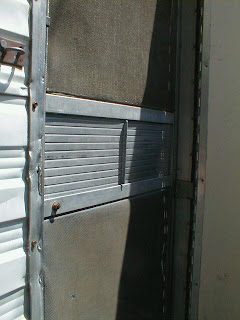 
A father of four, and a pastor, he seemed fatherly to me. He was dressed in work clothes. Without warning, he moved closer on the couch  He had no oil in his hands. Without warning, he leaned close to kiss me saying I see how you smile at me. I know you want me. He leaned closer kissing me hard on the mouth. He attempted to open my shirt grabbing my hand to his crotch.
In shock and horror, I pushed him away. He persisted. I resisted. I got up. He followed me. I walked toward the door. I pushed him out the door. He said, I’m sorry. I’m really sorry. He complained that in the struggle to get him out the door, he had ripped his pants.
As soon as he was in the car, I ran to Marion. I told her what had happened. She told me to call Alvin. I did. He asked me what I did. He asked me if I had done anything. He asked me if I had asked for it. Pleadingly, I told him NO to each of these questions.

Marion, wiser, was my advocate and support. I stayed with her. A scant hour later, Brother Boomer returned. He had showered. He had on a blue leisure suit. His hair slicked. He was ready to make a new impression. He knocked on the screen again. He went in again. I could hear him calling my name. He walked through the trailer searching for me.
On post, Alvin found his wife, a civilian employee. He asked her what was wrong with her husband. She knew. She didn’t know it would be me. But she knew. She knew he had a problem. This was not the first time. When he came home, he again questioned me. It must be my fault. I must have done something.
That night, while I hid in the bedroom, Brother Boomer came the third time that day to the trailer. He came and apologized to Alvin. He told him he was sorry. Alvin accepted his apology. Maurice took a tent and went to the mountains. He went to fast, pray and repent. Once forgiven, he preached the next Sunday.
I lost a lot that day. I almost lost my faith that day. Months of struggle to reconcile how this man of faith, my pastor would want to violate me. I wondered if it really was my fault. Had I smiled too much at him? Alvin believed I had done something to encourage him. Once again his wayward wife needed to be controlled. 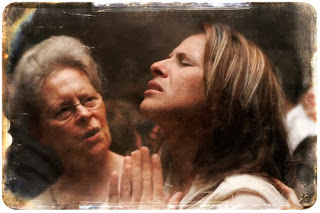 Betty Boomer never spoke to me again. She and her husband continued in ministry. Finally, confessing my sins and doubts, whatever they were, we looked for another church. We found a Church of God. Ironically, now we looked too worldly to be holy. I was brought to the altar more than once to be saved and sanctified. I suppose they meant well.  We experienced all-night sings and heard Vestal Goodman for the first time.
I heard a song for the first time during that period. Now an old classic, it was the new Gaither penned song. It is still a song that can move me to tears. It penetrated my weary soul. It helped me heal.


Jesus, Jesus - how many times that was all I could say.
Play the clip. Let it minister to you as well.
In spite of my protests and desire to stay, he took an “early-out” rather than a “re-up.” I traveled back to 909 Wilkes Blvd. My mother bought her first home, a mobile home and moved out. Alvin joined me. We were back home, ready for the next chapter. A business, Lynne Custom Hay and Straw Services, an education at MU, suicide attempts and abuse were just around the corner.
Posted by Joyce Lighari at 5:00 AM