When Dancing Was Sin

We are in the midst of birthday season.  In May we celebrate lots of family birthdays!  We had birthdays on the 3rd, 4th, 5th, 6th, 7th, 10th, and one to come on the 15th.  It used to be we’d eat birthday cake for days.  When the children were still home we tried to get each one of them their own cake.  This year, I didn’t get any birthday cake.  We only bought a cake for our son and he took it home with him.  It was chocolate too.  Oh well, I don’t need cake.
Near the end of these birthdays are two other birthdays that I always remember.  One is my Tante Bitta’s oldest daughter's birthday.  She was my childhood playmate.  She was the one who came faithfully every day to visit me when I spent weeks in the hospital in the seventh grade.  I had rheumatic fever.  Every day, Grace would walk from school to the Norwegian Lutheran Medical Center.  She would keep me company for the afternoon.  After we shared the food on my hospital tray, she would go home.  I was in the “old” wing of the hospital.  It was a very dreary place.

Later, we’d spend our summers at Brighton Beach with the old Jewish Yentas.  We’d end our day with a walk on the boardwalk back to Coney Island where we’d play a game of skee ball, eat Nathan’s fries with a wooden fork out of a paper cone, and ride the subway home.  Life was good. 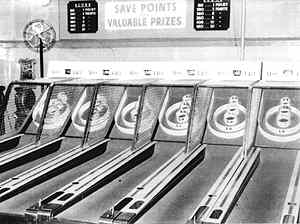 I sent an e-card to Grace.  I think she got it.  She’s always so busy.  We keep talking about getting together.  I hope we do.  I want to someday sit on a beach with her again.
Her birthday made me think of another birthday.  I have this amazing memory.  I get it from my father.  His was better than mine.  But, nonetheless, I have an amazing memory.  I don’t know why I remember the things that I do, I just do.  There was someone else from my childhood who shared a birthday with Grace.  Maybe I remember because he was my first crush.
He doesn’t remember me.  His younger sister who is my friend on Facebook never seems sure of who I am.  I haven’t seen him since I was a child.  He is a few months older than I am.  We went to Sunday School together before they got rich and moved to Staten Island.  That's what my mother always said when I would ask why people moved away from Brooklyn.  She always said they were rich and we weren't so we'd stay in Brooklyn.
Somewhere in someone’s old photograph album is a picture of my crush at my birthday party.  I remember the picture even though I don’t have it.  I was wearing a plaid suit my mother made for me.  We all had funny hats on.  All my friends from Sunday School were there for my big day.  Philip was there as well.
I don’t remember my crush on him.  But as with all family tales that get repeated, I know the story well.  I was sitting one day with a dreamy look on my face -- or so my mother said.  She said I told her that I was going to marry Philip one day.  I said I could see him coming down the aisle.  I said he was so handsome, he looked just like his father.
The other day I checked out my memory with Philip’s sister, the one who doesn’t know for sure who I am.  She confirmed I was right.  I'd nailed his birthday.  As I thought about his family, another memory sparked. This one was of the handsome father and his mother, my Tante Lisabeth.  As the story goes, Tante Lisabeth was a childhood friend of my father’s older sister.  My father remembered her from his childhood.  During a Sunday afternoon stroll, we'd ring the buzzer to her apartment.  My father revered her. She was a connection to his childhood, to his family, to Arendal, and home.  She was always very nice to me.
When Philip’s father, Odd (a common Norwegian name but not pronounced like the English word odd) was a child, he came home with his report card.  As his mother read the words, she was quite upset. The report card said that Odd had good attendance.  Why did that alarm her you ask?  In her broken English she read the word, ahh – ten – dannnsaaa.  She wondered if Odd was dancing in school.  That sounded like some sort of evil American dance.  We good Christians didn't dance!  It was forbidden.  It was sin.  I don’t know remember who finally told her that Odd wasn’t dancing in school.  The story made me laugh all over again.
As I recalled the story I wondered if her grandchildren knew the ahh-ten-dansa story.  I wonder if someone will tell it this weekend during Philip's big birthday bash.  Probably not.  They'll probably tell stories about Philip.
Tante Lisabeth has gone home to glory.  She's probably fussing over my dad like she did here.  She was a great lady.
Posted by Joyce Lighari at 6:00 AM