What A Beautiful Day for Jesus to Return

I usually have to get up and go to the bathroom before I have to actually stay up.  As usual, that was the case this morning.  The sun was already up.  I love the windows in our bathroom.  Light streams in and when the window is open, you can hear the birds.  As I sleepily headed back to my bed, I thought what a beautiful day for Jesus to come back.
Okay, before you think I’ve gotten caught up in the rapture ready business of May 21, 2011 or I have become a disciple of Harold Camping, let me assure you I have not.  I haven’t even paid any attention to the hoopla.  However, people are talking.  One of the last things I did before drifting off into dream land last night was watch Nightline’s interview of Camping.  The interviewer had a bemused look on his face clearly trying not to laugh as the somber Camping made his predictions.  Rather than quote the scriptures that clearly tell us that no one knows the day nor the hour (Matthew 24:36), the interviewer ask Camping if he was a false prophet.
I suppose these thoughts and comments I’ve seen or heard elsewhere swirled around in my head during the night.  On first day break, I was thinking about Jesus coming back. As a child, I spent many nights tossing and turning worrying that the rapture would come and I’d be left behind.  Too many sermons, tracts, movies, and such had convinced me that I was always a hairs breath away from eternal damnation.  And this from a kid who used to make up sins to get attention! 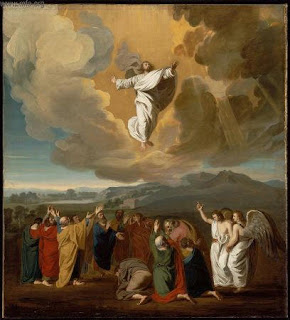 Other times in my life, I’ve so wished Jesus would come back.  On those days when I felt better about the assurance of grace and my status with God, I would wish the rapture would come.  Usually it had nothing to do with praising Jesus, it had to do with escapism.
So what is my take on Camping?  I’ve heard this stuff before.  In fact I’ve heard this stuff all my life.  I think every generation of believers have heard this stuff.  I remember singing to the top of my lungs with someone on the radio – I’ll See You In The Rapture.  We may have sung it at “Watch Night Service” as we anticipated the Lord’s return because the pastor’s wife had a vision that the year ending was the year of Maranatha.  We went home after midnight a bit puzzled, a bit disappointed, a bit happy to sleep in our own beds.
I’ve been thoroughly taught and trained in the notion of rapture readiness.  I took a good course during my Master’s program on apocalyptic literature and modified my thinking considerably.  The purpose of this blog is not to debate rapture theology (hmmm, that’s sort of an oxymoron in my thinking).  I just don’t want to go there.
However, I do believe Jesus will return.  I don’t know when the last days will be, Christians have thought they were in the last days since Jesus ascended into heaven.  I suppose all I can say is someday someone will be in the last days.  At this point, I think I’ll probably die an old woman and not see in my life the return of the Lord.  However, I don’t know, nor does Camping.  Anyone who says they know is suspect.
Yes, it is a beautiful day for Jesus to return.  I am sure there is an amen chorus to that statement.  However, let me explain.  Jesus said we are His body, His hands, His feet, His way of showing who He is to the world around us.  The goal of every Christian should be to become more Christ like.  What did Jesus come to do?  Hear His words:

Luke 4:18 "The Spirit of the Lord is on me, because he has anointed me to proclaim good news to the poor. He has sent me to proclaim freedom for the prisoners and recovery of sight for the blind, to set the oppressed free, 19 to proclaim the year of the Lord's favor."

The scripture tells us that true religions is:

James 1:27 Religion that God our Father accepts as pure and faultless is this: to look after orphans and widows in their distress and to keep oneself from being polluted by the world.

I think it is time for Jesus’ body to behave like Jesus.  I couldn’t help but think how many kids would go to bed with a full stomach, or have shoes?  How many lonely people lives would have been brightened?  How many sick people could be healed?  IF, Camping and his followers actually were more followers of Jesus, there are a whole lot of people whose need would be met.
Posted by Joyce Lighari at 12:36 PM