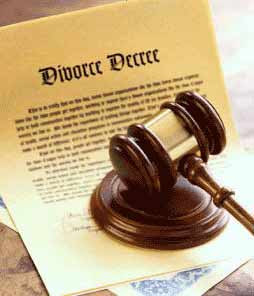 Last time I asked for a copy of it I was pursuing back child support payments from the father of my three oldest children.  I still haven’t gotten all the back child support but I’ve not let that go.  I won’t let that go.  Sooner or later justice and fairness have to prevail.
I’ve never made any bones about receiving welfare or feeding my children with food stamps.  I had no choice.  The state of Missouri has been reimbursed from the absent father for all the money they gave me when he neglected his responsibilities.  Now it is my turn to be reimbursed.
At the request of someone else, I contact the Boone County court house for a copy of the divorce decree.  They said they needed someone to go look through the “old books” to find it.  They found it. Another phone call and it was on its way.  I opened it with curious hands.  It is odd looking at old legal documents that say so little about huge life changing events.  As I read, I noticed that the date was June, 1974.  It was the wrong decree.  Oh my name was there.  Alvin’s name was there.  The names of our two sons were there.  Missing was Bethany’s name.  This was our first divorce.
Boone County court found the “right” divorce-the last divorce of Alvin and Joyce Lynne.  The divorce decree that lists our daughter conceived in the hope of a restoration of our marriage but born after another beating and abandonment.  I’ll make a copy and send it on its way.  The request was not for me.
For years I bore a lot of shame because of these documents.  I barely shared that I had been married twice before, even though it was to the same man.  I so often buried my head in shame as I shared I had been divorced and remarried.  I thought at times there was no way to redeem myself from this scarlet letter of shame.
Several months ago I thought about that shame once again.  I was looking at a denominational website for information about ministerial credentialing.  I spent most of my life in that denomination.  I saw nothing about doctrinal viewpoints or call to ministry.  Rather I saw a chart that started with the question – have you been divorced and remarried?  An elaborate flow chart detailed the process for those with the shame of divorce and remarriage.  If you were divorced before conversion almost guaranteed with the right fee, you could have this stain wiped away.  If you were a good church girl like me who thought your prayers had been answered and restoration occurred, it was not so easy.  If I wanted to credentials, I could say I wasn’t really “saved.”


I’d been through this before.  I was being considered as a deacon in a church of the same denomination.  My divorce and remarriage prohibited my serving.  A new convert who had been a prostitute but never married was offered in my place.
My scarlet D has not completely faded.  Today I will see another reminder of its presence.  I will once again rage inside at the hypocrisy of it all.  I will once again think of the shamefulness of exclusion.

Nevertheless, I am thankful for that divorce.  I will be thankful that God gave me the grace to endure.  I will be thankful for a divorce that set me free from abuse. I will remember that young welfare mom of three, so alone, so scared, represented by a law student who walked out of the courthouse alone knowing the shame of divorce would follow her all her life.  With the wisdom of hindsight I will know it turned out much better than that lonely girl thought it would.
I will once again be thankful that Jesus is not like the hypocrites and Pharisees of today.  It’s time we eliminate divorce as the unpardonable sin and excluder.
Posted by Joyce Lighari at 12:23 PM