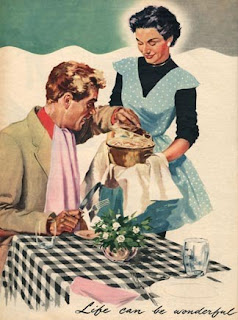 It took less than a minute to walk from Barbara's house to mine. I wonder what went through my mind as I did. Being 8 years old, I am sure it can only be described as confusion. Too young to understand shame still I knew something was wrong. I had kissed him on the mouth when I knew better. Yet, I always wanted to be a good wife and mother - girls of the 50's dreamed of those things. Was this what I needed to know to secure my future?

My block in Brooklyn was my small town. We had a bad neighborhood, right there on the block. How fitting that I remember being in front of the "tenements" when I told my mother that I had done something bad. I had kissed Mr. Thompsen on the mouth. Feeling better that I had told, my mother I am sure feared there was more to this tale.

I don't remember it, but in a rare conversation a few years ago with my mother about Mr. Thompsen, she said she was giving me a bath the next day. It sounds bizarre now but in those days, Saturday night was bath night. Every other day you simply washed at the sink. Saturday meant time in the tub and a shampoo to get ready for church the next day.

During this bath, she evidently got me to tell her what else had happened with Mr. Thompsen. Exactly what I told, or even how much, I don't remember. In our brief adult conversation, she only said thank God you don't remember it all. Eventually I did. Alarmed, she told my dad. More alarmed, my dad told our Pastor at church the next day. Kindly white haired Pastor Dahl, the spiritual leader of our world now knew I had kissed Mr. Thompsen on the mouth and worse.

Always concerned about what people thought, my mother was quite furious that my father had told our Pastor. I would love to know why my dad told him. I would love to get into his heart and mind. Now I thank God that he told. At the time, I thought my mother was right. I had done something bad, something I instinctively knew was shameful. What would Pastor Dahl think of me now?

I clearly remember my mother's anger at the secret being told. Pastor Dahl, wise beyond the experience of his generation called the local precinct and reported it. Long before mandatory reporting and after school specials on child sexual abuse, Pastor Dahl called the police. Reports were taken from my parents. My mother was mortified. Two male detectives were put in charge of the investigation. This was the late 1950's.

My mother told me that the police knew. I was terrified. Not only did all the important people in my life know what I had done, I also knew this was the end of the candy store trips. Remember I was only 8. Then the police came to school. Standing in the front of my classroom were two detectives and my mother. I was being dismissed from school early. My classmates were stunned. My teacher nervous.

I went with them to their car. We didn't own a car so being in a car was still an adventure for me. Being in a car meant someone in our church was giving us a ride to a church event out of the neighborhood. Usually it was a trip to a park or camp. It was always fun to be in the backseat of those large cars of the 50's. Not this time though.

The detectives explained to me that they thought they had found Mr. Thompsen. They said they needed me to identify him. That made me feel important and yet I thought I had betrayed the person who was going to assure I was a great wife. He had told me not to tell. I had told. 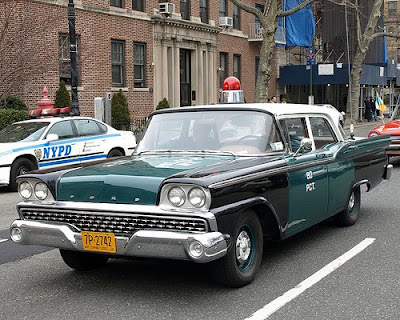 Arriving at the corner in front of the side gate of my church I sat in the back seat of the car. There were actually three people by the name of Thompsen living on that block alone. They had ruled out two. They asked me to stay in the car and watch as they asked the suspected Thompsen to come out on the stoop. They wanted me to look at him very closely and tell them if he was the right Thompsen. They were sure they had their man. He was the right age and met the description in every way.

My mother, still furious about the situation told me that this too was my father's fault. She said my father had seen Mr. Thompsen on the street during one of his daily walks. He confronted his daughter's abuser. He told him the police were coming to get him. I had told. He would be arrested. Smart Mr. Thompsen went home and shaved. 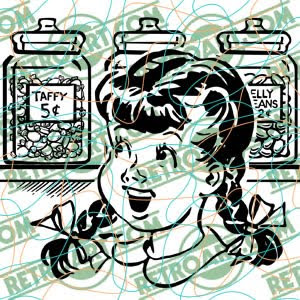 I saw Mr. Thompsen around the neighborhood after that. I never was given candy again. I would watch as other girls were brought to the candy store with Mr. Thompsen's arms around their shoulders. I would wonder if they too would be taken to a hallway or his apartment. I had once been invited to his apartment as well. I also regretted that I was no longer special and could have someone buy me any candy I wanted.

In events that even sound fictitious to me, but events that I clearly remember and always have, I became a decoy. Still only 8 years old, I talked to Mr. Thompsen. We agreed that I would meet him in front of my church, by the gate. The time and place set, I stood in my navy pleaded skirt, white shirt and red scarf of assembly day waiting for my abuser to come. I had been told by the detective to bring library books. It would make it look like I had told my mother that was where I was going.

The detective stood across the street and watched. I stood and waited. No one came. It was over. Mr. Thompsen continued to abuse countless girls in my neighborhood luring them with candy. As far as I know, he was never caught.

I was caught. My sentence was a life of insecurity and shame. Mr. Thompsen promised I'd be a good wife, now at the age of 16, I attempted to be just that.
Posted by Joyce Lighari at 5:00 AM