Now that we've had some fun with women's hair rituals and devoted a whole blog to Spoolies, I want to get serious.  The headlines are very disturbing.  Afghan riots over Quran-burning: 2 days, 20 dead.  The article goes on to tell that 80 were also injured.  That's 100 people who've been hurt or killed because of Dr. Terry Jones.  I wrote a blog about "Dr." Terry Jones last September.

I was hopeful after he backed down.  I hoped that the damaged could be minimized.  But he put the Qur'an on trial and found it guilty.  I am not sure guilty of what.  I also wonder what authority he feels he has to make such a decision and maniacal behavior.

We often hear that freedom isn't free.  Now people are paying the price for Dr. Jones freedom.  The damage has been done.  The damage is irreparable.  Like a game of "telephone" where one person tells another and by the time it gets to the end of the line, it no longer resembles the truth, this story will build and distort and continue to incite for years to come. 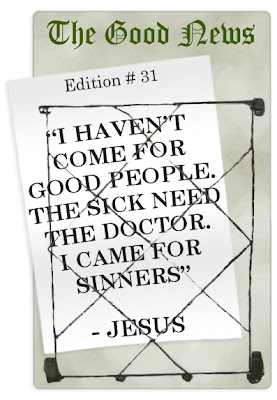 It's Lent, the Christian season of repentance, self-reflection, sacrifice, and preparation for the remembrance of crucifixion and resurrection of our Lord and Savior Jesus, the Christ.  A supposed Christian minister, pastor of "Dove" World "Outreach," filled with hate for his fellowman claims that it is a Christian act to burn a Qur'an.

Think of the contradictions.  Dove, a symbol of innocence, peace, love, and the Holy Spirit names his church.  Outreach, an act or practice of visiting and providing the services (of a charity or other organization) to people who might not otherwise have access to those services."  An finally, Christian, a follower of Jesus Christ, the son of God who came to earth to bring salvation to all by willingly submitting to the cross and who calls us to love our enemies and do good to those who mistreat us (Matthew 5:43-48).


As we pray during this Lenten season, as we seek a closer relationship with Christ, as we repent of our sins, we need to think about Dr. Terry Jones.  We need to examine our own hearts to see where we have areas of hate and prejudice.  We need to seek to be like Christ.  When you ask what would Jesus do in this situation?  I think He'd just do as He did with outcasts of His day, He'd go find a Muslim and share a meal.
Posted by Joyce Lighari at 9:03 AM