When I was a college student, I worked at the Center for Research in Social Behavior on the University of Missouri campus. I needed a work-study job. They needed someone to do some clerical work. I would work with a social gerontologist. I was planning to go to grad school in sociology. I was interested in gerontology. This was perfect.
I applied. They accepted me. I loved it. They were some of the first people who took me seriously and thought I had potential. I was single welfare mother with three small children trying to “make something” of myself. Single mothers were more of a rarity then. Most people saw me as “low-life.”

The doctoral student working for the social gerontologist was my “boss.” She had an apartment somewhere but usually slept on the floor in her office in the old Tudor-style building on Stewart Road. She had a hot plate surrounded by cans of beans and spaghetti-o's and lots of peanut butter. I often wondered if she really did have an apartment.
She was working on some research on the concept of patchwork intimacy. I believe she later published her work as I have seen it cited – Kieffer 1977. The concept was, as I recall, that people use various sources to make up their intimate needs. This pattern resembled a patchwork quilt. I doubt I have given her ideas adequate explanation.
I’ve written about the kindness of new and old friends on social media sites. I’ve marveled at the comfort you can receive through emails from distant friends. Many of my emotional needs are met through an intricate and complex pattern of patchwork intimacy.
My mother died yesterday. She died on our 32nd wedding anniversary. If you read this blog, you know grandchildren surrounded her. These grandchildren are my children. Those that could, gave me some comfort on the loss of my mother. I needed more. I needed support from my spiritual family, the variety of friends and relatives that make up my patchwork. The love from these people is not complicated by history.
As it came near the time, she seemed to hold on for something. A very sweet nurse shared this concern. I went into her room the night before she died and lied to her. My mother used to say with the sternest of face, “all liars will have their place in the lake of fire!” I lied to her the night before she died.
For their own reasons, my two brothers chose to not be part of this experience that I was experiencing with our mother. I sensed she was waiting for them. I don’t know if she were. I only know what I sensed. Lying, I told her that we were all there. I named my brothers. I said:
We are here with you, all three of us. It is okay for you to go. We love you.
As I left, I whispered a prayer in her ear. Once again I lied telling her that we were all with her. She used to say she hated liars. I wonder if she knew that I had lied how she would feel.
For reasons of their own, my brothers will not come to bury my mother. However, this patchwork of intimates will be with me. I know they will pray. Old friends who can, will come and express their love. A man who was once a little boy serving as a ring-bearer when I was the child-bride of my first husband, will officiate at her funeral.  We have no pastor in Columbia, so he will serve as part of this intricate and beautiful patchwork.
Two of our daughters are traveling through a blizzard, across the country, with three small children to honor their grandmother. Another son will leave tomorrow with his sons, again traveling across the country in the snow, to do the same.  Every one of my eight children will be there, as will all of my grandchildren. My oldest granddaughter will leave basic training to be with us. I am so proud of my family. They are the most important part of my life.
I have more family though. It is funny how time has not erased these bonds of family, bonds I thought had been severed by time and distance.  My mother married after my father died. She and I were forever joined to the Martin family. They, some of their children and grandchildren will travel various distances to join with my husband and children to lay my mother to her eternal rest.  They will help me make arrangements. We will have table fellowship provided by them. We will pray together.  Their family and mine will be joined once again at a funeral home.
The last time we were all together was when we buried their father.  They truly are my sisters and brother. Yesterday I felt I had no family left. My mother was gone. My brothers abandoned me. Thanks to the Martin’s, I feel like an orphan who has been taken in and given family. I am so grateful. 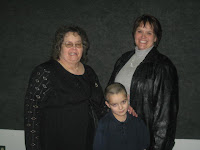 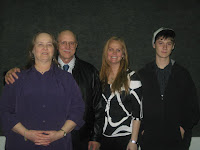 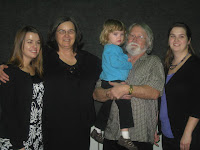 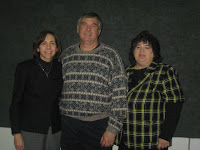