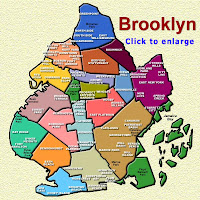 I wrote the other day about Edna.  I met another Edna type person today at a Panera's in Hoboken.  Hoboken reminds me of Brooklyn.  I guess any place with sidewalks and stores reminds me of my home.  I love being able to walk places and see people.  Like Brooklyn, Hoboken is becoming one of the best places to live in the area.


As we ordered at Panera's, this older woman was walking alongside of a stroller.  I thought she was with the people.  She grabbed my coat briefly to steady herself.  I smiled.  We picked our seats and soon we found that this delightful woman had sat beside us. She welcomed me to come and sit with my family... How nice of her!

It didn't take long to realize she had dementia.  She told us her mother had worked at Panera's and that her mother died a few years ago at age 27. I asked if she had children.  She told us that she did but wasn't too clear about the details.

She finally decided to order. The young man at the counter reminded her that she had already had coffee and should have saved her cup for refills.  He smiled and gave her another one.  She paid for her soup and bread.  He filled her coffee again.  He was so gentle with her.  Even though they were busy, everyone treated her well and with respect.  All this, in the Northeast!  Hmmmm -

That was the vibe I experienced the whole time I've been in the NY/NJ.  People aren't smiling and making big fuss over us in that southern polite friendliness but a genuine friendliness.  I don't know how to describe it but I've had more friendly conversation with people I don't know since I've been here than I ever do in Nashville.

Okay, I know.  You're going to say: isn't this woman ever happy?  She moaned and groaned for Nashville when she lived in South Dakota - now she's complaining about Nashville.  I guess it seems like that.  But it's not that... I like Nashville overall and am thrilled that I live there and not in South Dakota.

It's just that every time I come home, I feel better.  I enjoy random conversations with guys who sell me hot dogs in Manhattan, and the Edna's.  Sometimes I wonder, what if?  What if we never moved away from Brooklyn?  I've lived long enough now to know that what seems like a crisis when you are a teenager is just a short passing bubble - it will burst and life will sort itself out.  Almost everyone grows up and figures life out.

But we did move and leave Brooklyn.  I guess you can never really go home, but I sure wish I could - I wish I could call the Northeast home again.
Posted by Joyce Lighari at 6:14 PM