We came back from Tulsa with just a little more information. It was late summer. It was time to go back to St. Louis. I come from a Christian tradition that does not baptize infants. Rather we dedicate them as Hannah did Samuel. My husband chose to never participate in these experiences. At the time he assumed that a dedication made them permanently Christian – oh that it would! I had opted to participate in this ritual alone with each of our children. 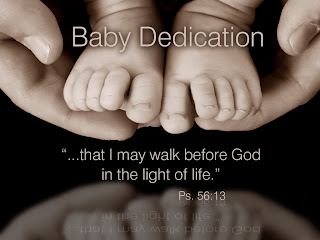 Bethany was the first one that I dedicated alone. Her father having beaten and deserted me when I was pregnant with her, I had no choice. Our pastor at the time had my mother participate. It was just so difficult for the church to deal with a single mother in those days. (Read about her birth here and the beating here.) I remember he used the passage from Timothy about Timothy’s Mother Lois and Grandmother Eunice. He did do a wonderful job.
Now it was time to take my son alone. I was rather used to this by now but I never liked it. During the dedication, the pastor of course used a little extra oil and prayed for healing. After church a woman approached me.
She was one of those people. If you’ve never gone to a classic Pentecostal church you may not have ever met one of them. These people as if on cue, right after the third song, will start speaking in tongues loudly. It is called a message in tongues. With quietness the congregation waits for the message to be given. This is followed by more silence as someone, sometimes the same person, gives the interpretation.
I’ve often joked that while most Pentecostal churches spurn liturgy, they have one. In a classic Pentecostal church, it would go like this. First, you have a hand-clapping song often accompanied with handshaking. Next, you sing three hymns moving slow to fast. On the third hymn, the fastest one, you stand up on the last verse. Hand-raising, loud praising and the cued message in tongues by usually that same person follow this. Oh, I love my Pentecostal roots. And that's NOT sarcasm. 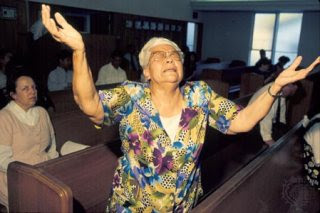 I usually smiled politely at this woman. However, I thought her odd. I also thought her messages were habit, cynical person that I am.  This Sunday she approached me. Everyone knew about our son. Everyone prayed for him. Everyone also knew I was leaving the next morning for yet another trip to St. Louis.
As she approached me, I put on that polite smile. She said, I’ve been really praying for him. I thanked her. That I meant. When you have a child who is not well and whose future is uncertain, you appreciate all the prayers you can get.
Then she told me this story about watching the 700 Club. You know, Good ol’Pat Robertson. I’ve never been a big fan of his. He’s too political; I never liked Jerry Falwell for the same reasons. She went on. She said he had a word of knowledge, a supernatural gift whereby God tells an individual about particular situation.  This particularly night as the television lit her living room she heard Pat say, there is a baby, a boy. She perked up her ears she said. She started to pray. He said, this baby has a tumor behind his eye. This baby is in danger of blindness. This baby is instantly being healed right now. If that’s you, claim your healing now. Then get on the phone and tell us about it. 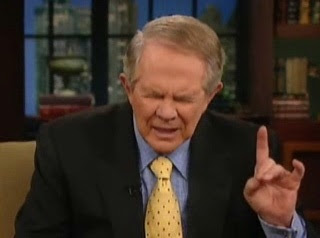 Standard Robertson stuff. I was not impressed. Smiling I nodded thank you as she said she’d claimed that healing for our son and that he was healed.
There had never been any talk about a tumor. She was a nice well meaning overly spiritual lady. I don’t even know if I told my husband about the tumor lady. I got ready to leave in the morning. He would join me in the evening. It was routine.
This trip was not routine. This trip would be different. This trip I would learn something about spiritual gifts. This time my cynicism would be put to the test. On arrival to St. Louis, a very somber doctor greeted me. He had new information. He thought he had figured out what why our son’s glaucoma was not like any other.
He started, I know you and your husband are totally opposed to having his eye removed. After much collaboration and reviewing of his charts, we think we know what’s wrong. We think he has a tumor behind his eye. We’ve never been able to fully see behind the eye in our examinations. A tumor this close to the brain might mean death. If this were my child, I’d remove the eye. If we remove the eye we’ll know for sure about the tumor. Please sign permission.
My husband was the most opposed to removing his eye. He always said, I think God will heal him and we want the eye there so God has something to work with. I said to the doctor, but my husband…? If he still objects, I won’t do it but please sign this now so we have it. I promise you I won’t do anything until I hear from your husband as well. I signed it. I cried.
Posted by Joyce Lighari at 4:06 PM