We went to Minneapolis Friday night and came back yesterday. Up here in the Dakotas they say they go to The Cities. I don't know much about The Cities. Honestly, as much as I like cities in general, I didn't see much in my brief visits that I like. I love IKEA but didn't get to stop yesterday. I like the Mall of America; it's nice to say you've been there. If I had lots of money I'd jump at a chance to spend it at IKEA and maybe the Mall.
I went into one of the grand hotels. The opulent meeting rooms had familiar names like The Norway Room, The Fjord, The New Sweden (where was the old one?). I thought wouldn't my dad love this. I wondered how long it would take to get to Lake Wobegon. At Culvers it seemed we were sitting next to a resident of Lake Wobegon, he looked so Norwegian. I felt at home in an odd way, Ekte Norsk. I wanted to find some good Norwegian Meatballs with a side of Lingonberries. 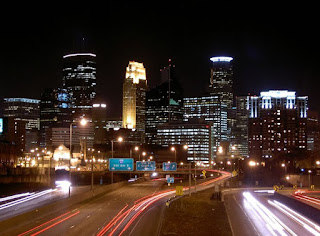 In an odd way, my Norwegian roots were converging with my Pentecostal roots. Our purpose for this trip was to go to the campus of North Central University, one of the venerable Assemblies of God Universities. My husband and I were to present a session at the Annual Meeting of the Society for Pentecostal Studies. If you follow that link and search for Lighari you'll find us listed for 8 a.m. March 6, 2010 under Religion and Culture. Our title:

Acceptance without Compromise: The Personal Journey of a Pentecostal and a Muslim

I've been a member of SPS for about five years. This was my third annual meeting. The faces are all familiar now. One person even recognized me. That surprised me. I'm rather used to being invisible.
I guess I didn't realize how interesting we are, my husband and I. I suppose it would be very simplistic to say that our marriage has survived against many odds because we love each other. Yet, when you boil away all the other stuff, love remains.
We were asked how we navigated theological issues. An honest answer would include avoidance. An answer would also include the lack of compromise of the core and essence of not only who we are as individuals but also our faith.
Some in the room seemed surprised that my husband was just as nice, kind and gentle as they were. One man said: you know, I wouldn't mind having you for a neighbor. Perhaps like the story of Hagar his eyes were open to see something he had never seen before.
We were warmly received. It was a good day. I need some normal. I needed to see people doing everyday normal things. I needed to feel normal, whatever that is really.
We were encouraged to write a book. We've been thinking about it. I think it is time to set pen to paper or fingers to keyboard. We've a story to tell. It isn't a glorious story. It isn't a victorious story with some fairy tale happy ending. It is a story still unfolding. It is a story of first a man and a woman who love each other. All the other details pale in comparison to the deep love we have for each other. 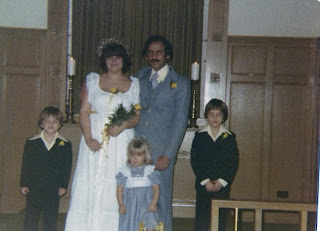 We were young. I had three children. We came from different parts of the world. No one seeing us then would have thought 32 years later we'd be telling our story. I was told recently by someone helping me in my journey that ours is a great love story. I suppose it is.
Posted by Joyce Lighari at 10:40 AM