Yesterday, I made connections with two childhood friends.  I am prone to looking up people from the past.  Their names and faces pop in my head.  All my senses come alive with a memory.  Are they on Facebook?  Can I Google and find them?  How much I learn and benefit from the gifts of the internet! 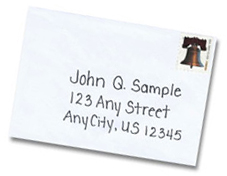 I was an early comer to AOL and all things internet.   I’d browse and push buttons.  I had no fear.  I found one friend, then two.  With Facebook, I’ve found most of the friends whose memories flood my heart.  Yesterday, thanks to a new feature on Facebook, I saw that a year ago yesterday I had posted about the death and home going of my mother’s oldest and dearest friend.  As children, they had played under a streetlight until the persistence of their mother’s voice called them inside.  Her friend brought her to Jesus.  Long before BFF, they were BFF’s… and now forever they are in heaven under the light of the Lord.  I remembered her and her daughter, an occasional childhood playmate.  I emailed and sent my love.
This picture has found its way to the internet.  It is a picture of me at a Sunday School ice skating party at Prospect Park. 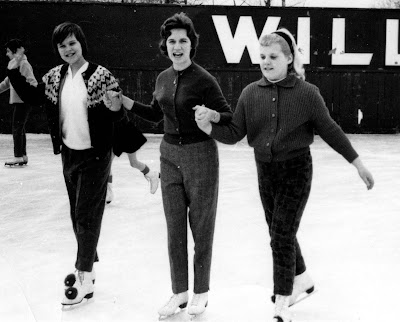 There I am, in the sweater my mother had knitted for me.  I wanted a Norwegian sweater so badly.  They were too expensive for a janitor’s paycheck.  My mother having just taught herself to knit a few years before knitted that beautiful sweater for me.  On my feet are the ice skates my dad had bought for me.  They were bought brand new, at a store… a rare treat in my childhood.  Weekly I’d go to Prospect Park in Brooklyn and try to skate.  Soon I could skate.  Well, sort of – I always drug one foot behind me afraid to pick both feet off the ice. Don't I look like the professional skater in this picture though.  I seemed so happy.
The woman in the middle is a beloved Sunday School teacher.  I’ve connected with her.  I’ve told her how much she impacted my life.  I told her how I still remember the Bible verses she had us memorize.  I remember her sitting on a pew and teaching the class to one student, that was me.  She recently told me she was proud of me.  It warmed my heart like sunshine.
The other girl, the one on the other side – she is someone who is not on Facebook.  How could I connect with her?  I remember her so well.  She was the smart one.  She was the one who could read a Nancy Drew book in an afternoon.  She had them all.  I owned but a few.  Most books had to come from the Public Library in our house.  She owned her books.  They lined her headboard as trophies of her reading ability.
Several summers I rode the Long Island Railroad to her summerhouse.  Somewhere far from Brooklyn, she and her mother would summer.  Her Dad would stay in sweltering Brooklyn and come on the weekend.  Many of my church friends summered there as well.  This was another luxury a janitor’s salary couldn’t afford.  I loved splashing in the ocean and jumping off rocks.  The Long Island sand in my toes seemed so much softer, colder, and cleaner than the sands of Coney Island.
She’s not on Facebook.  I’ve asked about her several times.  I had heard she lives in New Jersey.  Many a Brooklyn Norwegian lives in New Jersey.  I have found many old friends there.  Thanks to the internet, I have a phone number and address.  But how do you call someone who you haven’t seen since you were children and say Guess who?  I couldn’t.  What if her memory wasn’t the same as mine?   I’d be so disappointed.  I disappoint and have my feelings easily hurt.  Then I remembered another relic from the past, a letter.
Of course, I composed it on my laptop.  I can’t imagine handwriting that much.  I even found some old 37¢ stamps rolled up in a drawer.  I put two of them on the letter.  I never can remember how much a stamp costs. I use them so seldom.   The short letter is on its way to New Jersey.  I hope I hear from her.
New friends, old friends… I’m like that.  If you are my friend, you may not be my BFF, that honor goes to one, but you’ll always be my friend forever.  I am thinking about lots of friends this morning.  Wondering about a few who I still haven’t found.  Wondering if people remember me and wonder what ever happened to Joyce Johannesen.  I sometimes wonder what happened to Joyce too.
Posted by Joyce Lighari at 10:21 AM