I grew up in a Christian home.  My mother was a homemaker who taught children about Jesus.  My dad was a night janitor at a bank who spent most of his “leisure” time going to church service so he could learn more about Jesus.

As a child, I saw my father bundle all manner of Christian reading materials – all my Sunday School quarterlies, Christian magazines, etc. – to send to his niece, my Tante Ruth, a single WOMAN who was teaching other’s about Jesus in Swaziland.  One afternoon a week, my father would take me to the Salvation Army where a wonderful WOMAN named Captain Johnson oversaw the Sunbeam program.  As a single woman, she was the “Pastor” of the congregation of Salvationists – she preached, administered, and served her corp as the sole officer.  Walking with my dad we'd often encounter Captain holding a street meeting on a corner. 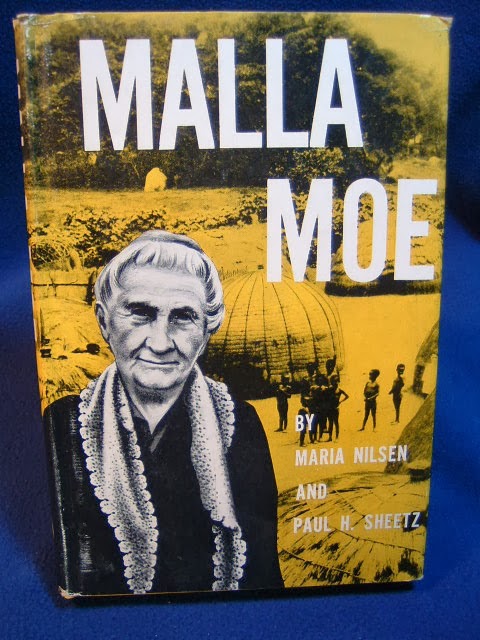 As a child, I read a book about Malla Moe – a single WOMAN missionary who would trek across Africa.  As I got older I read and heard about Aimee Semple McPhearson.  The list could be quite long if I continued.

Today I responded to a comment on Facebook. I probably shouldn’t have because I sort of knew it would start something… my bad… but sometimes impulse gets the better of me.  It did start a small firestorm.  On and on it went about how women can’t be preachers, or pastors, etc., etc.

It still surprises me even though it shouldn’t.  I find it best not to “fight” a theological battle with folks.   I did add some links for ammunition today but usually the best answer is to say I’m doing what God called me to do – if I don’t, I’m being disobedient to God.  But that never seems enough – sigh….

I’ve been thinking about this all day – and I wondered – Do these folk think that one day I sat down and said – I know!  I want to be a preacher!  I just want to do this because it is a glamorous job – or it pays well – or the hours are good.  Really???  Do you really think that anyone that really loves God just sits down and says that to themselves?  Or do you think my problem is I don’t love God?  And of course, as a woman, I certainly can’t have God speak to me.  I think the women at the day of Pentecost would have an argument with that – or the women that surrounded Jesus, especially those who first proclaimed the gospel after the resurrection … You know those women who went to the tomb when the disciples were hiding?  Yeah, those women...

So I’m delusional – I’m so delusional that I have spent nearly the last ten years of my life in school preparing – preparing so that when I stand in the pulpit (a place I approach with humility and a deep sense of responsibility) I am “rightly dividing the Word.”

Whatever the problem some folks have – please take it up with God!  Ask Him with an open heart for guidance and wisdom – you may still come to a different understanding than I have – but, if you really seek the Lord He’ll probably ask you to receive me as a sister in the Lord with respect and honor.


If my being in ministry offends you, I'm am sorry you are offended.  But nothing will stop me from answering the call of God on my life – like those women who proclaimed the gospel in my childhood – I’m going to continue.

First thing in the morning, as I sit up in bed, I take my iPhone from under my pillow.  Now that I'm not working, I don't need it there as an alarm except on Sunday.  I have it there because all night it has been monitoring my sleep quality.  Last night was really good - 100%!  I have this cool little app that I got called sleep cycle.  It has the best alarm on it and it also monitors your sleep quality.  The more peaks and valleys, the better your sleep! 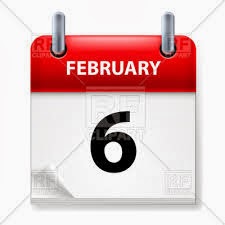 As I always do on February 6th, this morning in the shower I started to relive that day 17 years ago.  It was about the time I was putting the shampoo on my hair that I thought, yes, it was about this time that I got the call.  It had already been a painful year.  A house fire, emergency trips to Pakistan for my husband and youngest three children, living in a motel over Christmas without the travelers, being divided into two corporate apartments - my mother and younger children upstairs, my husband and three older children downstairs, and a very sick 13 year old son. We were preparing to take our son to the ER, me dressed and ready, husband in the shower, when the phone rang.  It was my secretary.  That meant it was after 8:30 a.m. eastern time, it was about 9 a.m.

Margaret said that the children's hospital had called and that our daughter was there with her daughter and that I should call immediately.  I called the hospital.  I heard my daughter's faint voice saying she's dead.  I collapsed to the floor.  Calls to our pastor, calls to the school to let our daughters out of school, calls back to my secretary - then in the van and off we went.

I've written the whole story before.  It starts here and ends here.  If you want to follow that portion of this blog, go to the start point and read forward.  Little did I know that a few weeks after I wrote about the One Hundred Fourteen Days that I'd be experiencing death again.  My mother would also go to Jesus - as much as my mother loved children and particularly babies, I imagine that her great-granddaughter was one of the first to greet her.  But knowing my mother, it was Jesus she wanted to see first.

I recently read Heaven Is For Real.  One of the things that struck me was Colton's account of the children - he said there were lots of children in heaven and that Jesus really loves the children.  I thought about our precious granddaughter - was she one of the children that he saw? Or do children continue to grow in heaven but Colton says that old people are young in heaven.

Mysteries, mysteries...  I also thought about Juliette, the daughter I lost to miscarriage.  I smiled when I read about Colton's sister who had been miscarried years before him and how she had no name because her parents hadn't named her.  I thought of how I heard God tell me He had named our daughter Juliette because she was a jewel.  Fantasy of grief? Maybe? But I prefer to think of her as Juliette.

But as on every February 6th, I think of the song that seems to have the strongest lesson from our One Hundred Fourteen Days - I Will Cast All My Cares Upon You.  If you are old enough to have played Psalty cassettes when you were little or for your little ones, you know that song.  Over and over we played Psalty when our daughter was little.  She even had a blue Psalty Bible. Our daughter asked for it to be sung at her daughter's funeral.

On the day we were to put her tiny white casket in the ground, her mommy, my daughter, remembered her Psalty Kid's Praise 5 song.  To cast our cares upon Jesus was so hard that cold February morning.  As we shivered in the cemetery, committing her body to the ground to await the resurrection, that was all we could do - all any of us can do is to cast our cares upon Him.

Posted by Joyce Lighari at 9:12 AM 0 comments