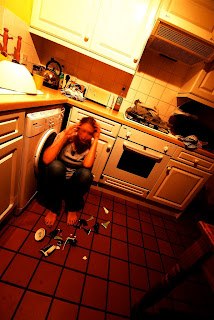 I don’t know why I stayed. I supposed it was because I had nowhere to go. There were no domestic violence shelters in 1974. I still believed in miracles. I wanted one. I prayed desperately for one. Ultimately, I would understand that a miracle of deliverance did come. It just didn’t come like I expected it to.
We had never gone back to Columbia First Assembly after Alvin returned from the Army. We had become quite worldly. My mother was going to Christian Chapel so we went there too. Lacking the strong leadership of Brother Parker and perhaps never really having a relationship with God, just rules, Alvin never connected there.
I stayed at Christian Chapel during our first divorce. Now it was viewed as my church and First Assembly still seemed out of the question. We ended up at the new Highland Park Assembly on West Worley near Nowell’s Grocery Store. They met in the garage of the Pastor’s home, Brother Cooper. All I clearly remember about Brother Cooper is that he always wore a bow-tie.
Tears of repentance notwithstanding, Alvin unraveled. We were back where we started. Abuse at home, with a good face on Sunday morning. There was no one I could tell.
It was January 1975. I don’t recall the exact day or date. I just remember it was January. He had come home from an all night sex orgy with the two college coeds. I was furious. Perhaps fueled with the image of my mother-in-law with the knife, we fought about his behavior. I don’t remember much of the fight. I do remember leaving.
I ran to the car. He came after me. He grabbed the ice scraper out of the car to clean the windows. Nathan at school, Jason in my arms, I screamed and cried. Seeing his anger, now knowing full well that a beating was soon to come, I locked the car doors. Infuriated, he pushed open the vent window of the car reaching the handle. He opened the door. 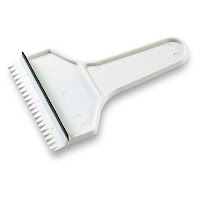 He beat me. While it is a little scar, I still have a scar on left arm from that beating. With the ice scraper he beat me mercilessly. Then he got in the car driving like a maniac. I pleaded with him to let me out of the car. He did. He stopped at a gas station on Route B and said get out.
Jason and I got out of the car as the gas station attendant stared in amazement. I wasn’t bleeding. He had been careful where and how he hit me. I was crying. Mascara making black streams down my face. I used a pay phone and called my mother.
We never lived together as man and wife again. I lost all my belongings other than a few clothes as I abandoned the apartment I could no longer afford. With those belongings were my parents bedroom set that I had inherited from her when she bought her trailer. Now it was to that trailer I moved once again. This time I occupied it alone with my boys as I waited for my child to be born. 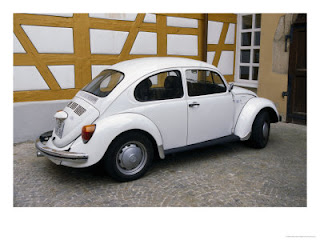 I drove the beloved 1969 Volkswagen Beetle that was now bequeathed to me. Me and my boys going to welfare appointments, prenatal care at the Medical Center, church and the park, waiting for the next member of our little family to come.
I no longer begged God for Alvin to come back. I did beg God for a daughter. I loved my sons, but I was sure this was my last child. Once again, I was an outcast. Once again, I saw myself as so undesirable that I’d be alone for the rest of my life. Certainly, having a daughter would make it better.

God heard my prayers. Soon a daughter would fill my arms. But not before yet another emergency.
Posted by Joyce Lighari at 5:00 AM