I went once to Fort Leonard Wood and stayed in the guesthouse for the weekend. He wasn’t supposed to have visitors during Basic but I took Greyhound anyway. I brought Nathan and remember in the quietness of that room he learned to point to his nose, eyes, ears, mouth and chin on command. I can still see his sweet little face as he sat on my lap and we played.
I went to his graduation from Basic. He came home for a short leave. My stomach was growing as another child was preparing to come into our family. He moved on to AIT, Advanced Infantry Training, at Fort Polk Louisiana. The welcome sign at Fort Polk declared it was the training ground for Viet Nam. 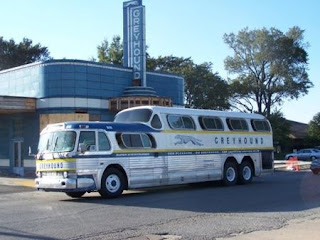 I bought a Greyhound bus ticket to go to Louisiana for a weekend visit. Sunday we rode an old school bus to church in Leesville. The young pastor of the church gave us use of his car for the day. We drove around the swampy environs of Leesville enjoying our day of freedom. We returned the car to him after the Sunday night service. The next day I boarded the bus. Both Nathan and I had taken Dramamine in order to sleep. It probably wasn’t a good idea. I didn’t know any better.
Back in Columbia, my father was sick. Something wasn’t right. He went to the ER.  At 19, I thought my father old at 71. It was his gall bladder. Even in 1971, gall bladder surgery was fairly routine. During surgery, his blood pressure dropped. They didn’t complete the procedure. He came out with an open drain from his stomach. They would attempt surgery again later.
He never recovered. Over a period of two months, my mother would sit at the hospital day and night. Often I would join her. My dad was alert most of the time. He would sit with a oxygen mask on his face reading his favorite newspapers. In long discussions with my mother, they settled their affairs. She knew he loved her before he died. She knew their finances. He spent those hours preparing her for his end and her future. 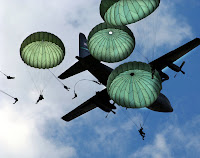 During this time, Alvin opted to be airborne. Both the 101st and the 82nd were out of Viet Nam. If you were in an airborne unit, it guaranteed you wouldn’t go to Nam. Several weeks at jump school at Fort Benning then to Fort Bragg, the home of the 82nd airborne. I was to join him. He had a trailer rented off base.
The day came to leave for North Carolina. I would leave at 2:00 a.m. by Greyhound for the airport in St. Louis. I would sit at the airport until early in the morning and fly to North Carolina with Nathan. One of those urgent dreaded calls came from the hospital-come to the hospital now. I went with my mother. He had a near death experience seeing himself leave his body and come back. Once stable, we went home for some sleep. The next morning, a Sunday, he scolded my mother for not bringing the newspaper.
I went to North Carolina. My luggage was never recovered so I wore my only item, a red wool jumper in the blistering heat. Much to Alvin’s dismay, I would wear the jumper without a shirt as a sleeveless dress. We had some bad experience with churches but finally found a small independent Pentecostal church pastored by Maurice  Boomer. He and his wife Betty provided transportation for us. Even though Betty wore pants and they watched television, Alvin liked them. I convinced Alvin we could have a television too.
Early in June, the Red Cross notified Alvin’s commander that my dad was near death. Red Cross paid for our tickets and off we went. He lasted another week. I was there when he died. He was unresponsive most of the time. He breathed his last on Sunday evening, June 13, 1971. My brother, also there at the time, took charge. Arrangements were made. My other brother didn’t come to the funeral. We laid my dad to rest. I still feel the loss of that day. I was too young to understand the magnitude of that loss that day. I do now.
I went to North Carolina. My brother went back to Canada. My mother grieved alone. She lived alone at 909 Wilkes Blvd. She worked part time as a caregiver for older adults.
Jason was born. Like his brother, his birth was a horrendous experience. Gas was slapped on my face as I writhed in labor. For the convenience of the doctor, I had been induced. To assure a quick delivery I had been given too much Pitocin. After a quick unsuccessful attempt at an epidural, they slapped the gas on my face. When I woke up, Jason was in the nursery. Complications kept him in the hospital. Once again, I went home with empty arms. 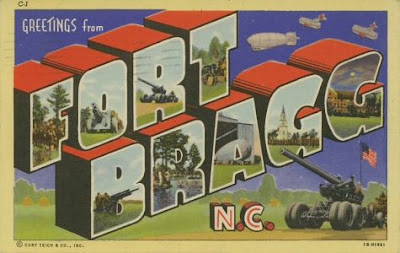 Jason was a sweet, quiet, good natured baby. But Jason was sick. We had many trips to the ER. He was in the hospital with bronchitis and pneumonia often. We was allergic to milk-based formula and would projectile vomit. At 9 months, he still wore 1-3 month size baby clothes. He wouldn’t walk until he was 22 months of age. A hospital stay for evaluation and testing was scheduled.
Army pay was regular but it would disappear fast. Money was tight after the first week of the month. In desperation for money, I got on the city bus. My childhood in Brooklyn made me proficient in bus travel. A short trip to downtown Fayetteville would take me to a seedy place where you could sell my blood for $15. That $15 bought a lot of food at the Winn-Dixie in those days.
The Boomer’s helped us from time to time. The church was nice. Brother Boomer came to my house one day to pray for Jason’s health. I let him in the door only to find out that wasn’t his only reason for the visit.
Posted by Joyce Lighari at 5:00 AM