There is great risk in what I am doing. It occurred to me that I could be jeopardizing potential jobs in the future. Being old is enough to jeopardize a career, now I add truth, vulnerability and candor to the mix. I am telling you how I got to be that young woman giving birth to her third child while her peers received their degrees. It is frightening to expose myself like this. But I have a story to tell. A story I feel that needs to be told for that one person who needs to know they can pull through by God's grace, mercy and help.

The story of your life is not fixed in your past, it is fixed in today. It is fixed in getting up today and stepping into your future.

I realize whomever it is who reads this story, whether in this blog or a book that may materialize in the future, may think I am foolish. Others may say I am brave. Exposure to the critical eye of another is always both. My motives are not for my own self-promotion, or even self healing. My motives are to share the still unfolding victory that Christ has brought, is bringing, and will bring in my life.

If I am to tell my story honestly, I have to tell you about the little girl I was. Today, I will share with you the pain of a molested child. Thanks be to the God of Victory, who has brought me to this place where I see the child, but no longer feel the intensity of her pain. She is me.

I have always remembered much of what I am going to tell you. Other parts took several years of exploration under the watchful eye of a competent therapist. I trust all the memories I now have. At times I suspect there are more dark memories yet uncovered.

Look at this picture 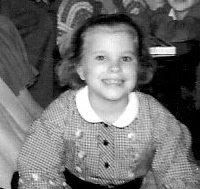 Do you see how cheerful and bright her eyes are? If you were to make a story about her just from this picture, you would no doubt say she looks like a happy child. I think she was. Soon things would change forever.

Even in the 50's Brooklyn's children were told to not talk to strangers, never accept candy from them or go anywhere with them. I was always an obedient child. Mr. Thompsen was not a stranger. Living near our church and being Norwegian, my father knew him superficially. He introduced me to him one day while my father was cleaning the church.

I never liked the children's show Mr. Rogers. I never knew why. Clearly, Mr. Rogers is a good man, who loved children. I now know that pedophiles can behave a lot like Mr. Rogers, soft spoken, kind, generous grooming their next victim. This was Mr. Thompsen. 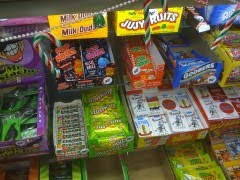 I would always be excited to see him because it meant a trip to the candy store. A fresh coin for a Hershey bar would be my reward for a smile. He would stand with his arm on my shoulder in the most gentle and kindest of voice ask me what kind of candy I wanted. I could have anything I wanted.

My parents knew that Mr. Thompsen bought me candy. No one ever questioned. It was probably assumed he was just a man who had no children but liked them. Sometimes I would jealously eye him with arm around another girl offering her candy as well.

I remember him as tall. He had a Norwegian accent, but so did almost every adult in my life. He would somehow mysteriously appear at times. Because of the candy reward, I thought I was blessed. Mr. Thompsen had a beard. A point to this story that becomes very important as it unfolds.

It was chilly. There was a nip in the air, it was Autumn. It was a Friday. I know that because later that evening we walked up the block to 5th Avenue to shop. Stores were not open in the evening, except on Friday. As I always was, I was with my best friend Barbara. I probably had eaten supper with her and her grandmother that night. No doubt it was spaghetti and there was a discussion about the coolie of the loaf of Italian bread. The houses between her house and mine were few. I didn't have to cross the street. I could stay late.

It was dark when I left 410-53rd Street to walk the few steps to 434-53rd Street. As I shut the outer door to Barbara's house I saw him. Mr. Thompsen... would it mean candy? I had never seen him at night. He was waiting at the bottom of the stoop. Just standing there waiting, smiling. I was delighted for I knew a trip a few steps in the other direction would mean candy.

As I am sure you are guessing, it didn't mean candy. It meant a mark of shame, degradation, and pain that would shape my existence for many years to come. Perhaps it predetermined an early marriage to an abuser. Definitely years of insecurity followed that night.

Mr. Thompsen said, "Yoyce, I have something to show you." I thought perhaps he had remembered what type of candy I liked and had already bought it for me. Maybe he had some gift for me. I went with him to the dark entryway of my friend's father's business.

That led to his opening his pants, exposing himself. It went further, much further. Ultimately as he experienced release, I vomited on his shoes. Apologizing profusely for vomiting, wiping his shoes he told me I'd be a good wife someday. He told me that I did very well. He told me we'd practice my being a good wife again. Since I had done so well, he had a special treat for me. He said it was better than candy. Slipping his hands now in my pants, he opened doors forbidden to children.

I don't remember if we did practice more. I suspect we did. Nevertheless, that is the only time I remember clearly. I walked back up the street to my house a different girl.

Now look at this girl 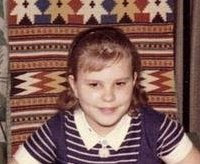 See the eyes? See the dullness in her face. The smile is gone. Her eyes forever turned downward she had been forever changed by a man named Thompsen. 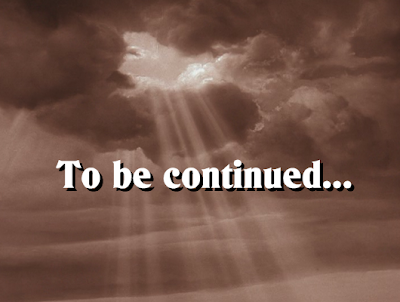 Posted by Joyce Lighari at 5:00 AM