We are fam-i-ly, I got my sista with me!

I have moved too much in my life. No I’m not a military brat nor was my father or mother a hot shot executive. My dad was a janitor and my mom a homemaker. My husband isn’t in the military either. In comparison to many, we haven’t moved that much.  Yet, I’ve felt the impact of moving.

Anyone who knows me knows that this latest move to South Dakota has been brutally hard on me. I make jabs and comments all the time. People have blasted me because they love South Dakota. Others have offered me sympathy. The best is when they offer to pray for me or offer to go to lunch with me.

I started out in Brooklyn NY. I often wonder what my life would be like if we never left Brooklyn when I was a junior in High School. The rumor was that I married very young to an Italian police officer and moved to New Jersey. Hey, would I now be a real housewife of New Jersey now? Would I make wonderful calzones and baked ziti instead of the curry dishes and naan’s I make now? I’d probably have a son named Anthony rather than a son named Yusef.

After Brooklyn, I lived for 15 years in Missouri briefly interrupted by a year in Fayetteville North Carolina. Finally, with a station wagon, six children and a rental truck, we moved all our belongings to Connecticut. When I was a child in Brooklyn, only very very rich people moved to Connecticut. I thought I’d arrived even though we weren’t rich. We’d visit Brooklyn and I fulfilled my childhood fantasy of driving my own car on the Brooklyn-Queens Expressway, the George Washington Bridge, the Tri-boro Bridge and all other sorts of wonderful roads. My parents never owned a car in Brooklyn when I was a child.

One day my husband and I were driving on one of these roads. I started talking about Brooklyn. It seemed the most of my desires from childhood were being fulfilled by these trips to NYC. Nevertheless, there was one deep desire of my soul that remained unfulfilled. 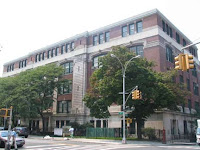 I had a sister. No, she wasn’t my biological sister who was separated from me at birth. This sister came into my life when I was in the first grade. I was tall and blonde, she was shorter with brown hair. I thought she was beautiful and smart, me not so much. She lived with her Italian grandmother; I lived in a Norwegian household. She was Catholic; I was Pentecostal. She lived at 410-53rd Street and me at 434-53rd Street but we both went to PS 94.

It was at PS94 we met on the first day of first grade with Mrs. Harris. I remember coming home excitedly telling my mother that there was a girl in my class who lived on our block. Not only was she on my block but she was on the same side of the street. I was too young to cross the street by myself. I could go to her house unassisted. This was a major breakthrough of independence. I think we played together that very day. After that, unless one of us was out of town, if you saw Joyce, you saw her sister Barbara and vice versa. We were inseparable.

The summer between 4th and 5th grade, moving separate us! I remember the dreadful day that we left our first floor apartment on 53rd Street to a third floor apartment on Fort Hamilton Parkway. No more PS94 with kids I’d always known. Now I went to PS105 that had some of the meanest teachers in all the five boroughs. Another Italian girl became my friend there, but she was never my sister. I only occasionally saw my sister. The last time I saw her it was my birthday. I was 12 and in the 6th grade. We smoked my first cigarette and she laughed at me because I couldn’t inhale right. I never learned how to do that. Then she moved permanently to Long Island and eventually I went to Missouri.

On that day with my husband, I cried as I lamented, I’ll never find her. He asked have you tried? I had. Those tears led me to one more try. This time I found an address for what I thought was her father. I wrote a letter, the kind with a stamp and an envelope. About a month later, at 6 a.m. the phone next to my bed rang. I said hello. Over the phone came a voice that sounded like Brooklyn (I don’t sound like Brooklyn any more). She said Hi Joyce this is Barbara. The world stopped for me that day. I was as excited as the day I came home from my first day of first grade and said Mommy I have a new friend! 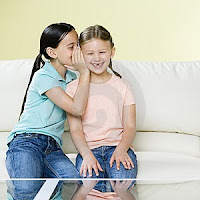 My sister was found. We must really be sisters because there is nothing I wouldn’t do for her or her for me. We now share our lives and secrets from a distance, no more whispering on the stoop. Now we whisper our secrets through long emails and an occasional phone call.

The worse thing about moving is losing people. I’ve been blessed to find my sister I lost through a move. Now when I move, I try hard not to lose people anymore. I’ve even found other friends lost by the moves of my life. But nothing compares to finding my sister!!!