I have seen a lot of prophetic ministry. I rather like it. I have had people speak into my life through the anointing of the Holy Spirit and it can be life changing. A word in due season, how good it is (Proverbs 15:23). I have ministered to others declaring things I only knew through the Spirit. I know it has blessed and edified people.

There is another understanding of prophetic ministry.  I remember when I first considered going to graduate school. I was accepted at Vanderbilt University’s Divinity School. Over one of the doors, it says “School of the Prophets.” I rather laughed; I thought what do they know about prophets and the prophetic ministry? I was a little bit arrogant. Well, maybe I was a lot arrogant. 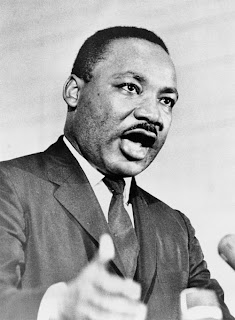 But I’ve grown and learned. I’ve learned that Martin Luther King Jr. was a prophet to this nation and world. He called for the correction of century long injustices. Injustices that continue but because of his clear voice to the heart of the matter, we are still overcoming. Monday is Martin Luther King Jr.’s birthday: Why not reflect on your own attitudes of racism. That seems like a good way to heed the voice of this prophet and remember him.

Like most of us, I am watching the situation in Haiti. I just donated to a ministry I thought I could trust. I wish I could go and do something. I want to take at least three Haitian orphans in my home and raise them.  I can’t go really and would just be in the way, I can’t really take even one Haitian orphan to raise. All I can do is sit in my living room and click a few buttons on my computer for a quick easy small donation.  And of course I can pray.

Last night I heard an unlikely prophet on CNN.  No it wasn’t Kim Clement or Chuck Pierce, it was Anderson Cooper. I don’t know what faith Anderson is or even if he has one. I just know he was speaking prophetically last night.

You’ve probably seen it. You probably saw the story of the 11-year-old girl pinned under the rubble. She was breathing, talking, scared and alive. You can see the report of her rescue here. Tragically, the next day, despite her heroic rescue, she died. You can see that report here.

In the state where I live right now, South Dakota is a reservation with a state of emergency.  They are in despair.  There are stupid deaths there.  I can name many places in the US where there are stupid deaths. Appalachia comes to mind, as do countless inner cities or rural areas where hope is replaced by deep despair. 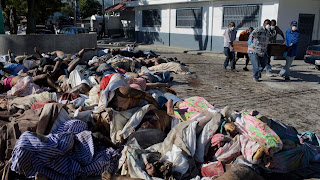 How we respond to our fellow human beings is not only an indication of whether we are human but whether we are Christian.  Who is your neighbor? Is it a neighbor who looks just like you with a need? Yes, you should help that neighbor. Or is it a neighbor who you saw on television that lives on the other end of the world? Yes, you should help that neighbor too. But what about the neighbor who lives on that side of town you never go to? Or that part of the state where people live in abject poverty totally forgotten? These are your neighbors as well. Let’s do whatever we can to stop the “stupid deaths.”

Posted by Joyce Lighari at 2:03 PM