A Time to Moan

The phone rang. I answered. It was a strange voice on the phone saying Good Morning Sister. He went on to introduce himself as Brother Charles from a church in East Nashville. He told me we were ordained by the same ministerial fellowship. He was having a dedication of his ministry and wanted to know if I’d participate. The Sunday afternoon date was free so I said sure. Always ready to help a brother out.

Since our first phone conversation, my role had expanded from reading a scripture to actually dedicating the pastor and the ministry. One of the Bishops from our ministerial fellowship was supposed to do this but they couldn’t make it. Since I was the only one from the ministerial group available, it looked like this task fell to me. 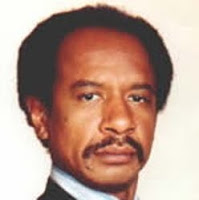 I had never met Brother Charles or his wife when I showed up that afternoon for this dedication. The church met at an elementary school. The congregation was African American. I am not. I met another Bishop in a maroon and white liturgical robe. He looked a bit like Sherman Hemsley who played George Jefferson on television.  He was a friend and mentor to Brother Charles. He was going to preach the sermon.

We gathered in the hallway to discuss the flow of the service and to pray. Brother Charles was in a white suit complete with white shoes. His young beautiful wife was elegantly dressed in all white. We must have looked quite unusual. The Pastor and First Lady in white, the  Bishop in his robes and me, the white woman in a simple skirt and blouse.

Next they realized that there was no one to emcee the service. Again, all eyes turned to me. Would I emcee the service? By this time I was beginning to wonder if I had been better to never answer the phone that day. But as you might guess, I said sure. 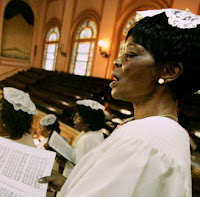 They handed me a typed paper with the order of the service. There were abbreviations I did not understand. Some of the names needed clarification. There were titles such as Minister or Evangelist for some of the women participating. I was in a completely new world.

Some music started. I escorted the First Lady to her seat and took the podium. I introduced myself and followed the scripted program. Everything moved relatively smooth until I introduced a sister who was going to sing. She got up with a few other people. They looked like her children or grandchildren.

She was a rather large pleasant looking woman. I expected a CD to be cued for a professional background arrangement for her song. There was none. She took the microphone and sang. It was neither a song she knew before nor a song that anyone knew from before. She was composing the song as her heart dictated.

About half way through the song, she started to moan. She continued to moan. It came from deep in her soul. It continued for quite a while. I had never heard anything quite like it. I felt very out of place.

She returned to her seat and I introduced Bishop “George Jefferson.” The Bishop, short like George and sounding a bit like him as well, came to the podium in his flowing robe. Now all I had to think about was praying over the Pastor and First Lady. Praying over people is not hard for me to do but I rather wondered why this Bishop wasn’t given that honor. The only reason was that I was with the Pastor’s ministerial fellowship and Bishop George wasn’t.

Bishop looked at the sister who had just sung. He said in a commanding voice “Sister will you moan some more.” He said the Holy Spirit was in this place. I expected her to get up and go to the microphone. Instead, just sitting in her seat she started to moan. The Bishop nodded and gave audible affirmation to her moan. 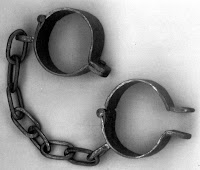 While she was still moaning, the Bishop said, “Keep moaning, because when you moan the devil doesn’t know what your saying.”

This moan was the same sound that came out of Egypt as the Hebrew slaves were in bondage. This moan must have been the same sound that came from the fields of the south as this Sister’s ancestors were in bondage. It was as if I were hearing all oppressed people moan. I realized it was a holy sound.  It is a sound God knows and hears. It is a sound of hope.

Exodus 2:23-25 However, after a long time [nearly forty years] the king of Egypt died; and the Israelites were sighing and groaning because of the bondage. They kept crying, and their cry because of slavery ascended to God. And God heard their sighing and groaning and [earnestly] remembered His covenant with Abraham, with Isaac, and with Jacob. God saw the Israelites and took knowledge of them and concerned Himself about them [knowing all, understanding, remembering all].


Romans 8:22-23, 26 And not only the creation, but we ourselves too, who have and enjoy the first fruits of the Spirit groan inwardly as we wait for the redemption of our bodies, our adoption… So too the Spirit comes to our aid and bears us up in our weakness; for we do not know what prayer to offer nor how to offer it worthily as we ought, but the Spirit Himself goes to meet our supplication and pleads in our behalf with unspeakable yearnings and groanings too deep for utterance.

Posted by Joyce Lighari at 9:15 AM