Riding in a pick-up truck with the love of your life listening to the oldies sure brings back memories. Sprinkled between stories on NPR and country tunes, we found the oldies.  I like to sing along – soon I was singing "Do wah diddy diddy dum diddy do." 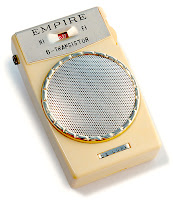 I remembered the young girl with her transistor radio walking to the candy store with her transistor in hand singin’  "Do wah diddy diddy dum diddy do.”  She prayed that someone would notice her and that they’d be together every single day.  She prayed that someday she’d live happily ever after.
It didn’t happen in Brooklyn.  No one saw her walkin’ down the street.  It was a scant nine years since she’d been  "Do wah diddy diddy dum diddy do-ing" down the streets of Brooklyn.  In that time, she’d been a child bride. Dropped out of high school.  Given birth to two sons.  She’d been divorced.  She’d remarried her childhood husband.  She was beaten and abused.  She had a daughter.  She was alone again.  She was 23.
No more would she sing the diddy song.  Life was not easy.  She grooved to gospel and Jesus music.  Then one day, someone saw her walkin’ down the street.  Actually, they saw her walking through the University of Missouri Brady Commons.  Seventies music of Abba, Sir Elton, and a little disco came from the ever playing Juke Box.
That was over 34 years ago now.  A memorial trip to where it all began seemed so complete listening and singing along to “Do wah diddy diddy dum diddy do.”  As the sun was setting we drove back to Nashville. We found the oldies again.  I grooved to “Under the Boardwalk” and “All You Need Is Love.”  How simple life seemed back when I sang those songs as child.   So many years, so many ups and downs, so much happiness and so much sorrow.  Life is never easy.
As we reflected on our life together, my husband said “it takes a lot of give and take…”  I agreed.  Love alone is rarely enough.  Love is a bit like mortar, it holds the bricks together when the wind blows.  Without the bricks of determination, the mortar has no purpose.
Life is not a fairy tale; there is no happy ever after.  Rather, a good marriage is a gift.  It is a gift from God.  It is a gift a man and a woman give each other through years of give and take.  I’m glad we both learned how to give and take, and to love and forgive.  That two imperfect people can come together to form a family is a miracle. I’m so thankful that after 34 years we’re still together and that’s how it’s going to stay – "singin’ Do wah diddy diddy dum diddy do."

Under a starry night we heard an oldies that we'd never heard.  We laughed as Joe Tex told us what we already knew - You gotta hold on to what you got...

Posted by Joyce Lighari at 8:49 AM