I’ve got so many thoughts floating around in my head.  I sometimes use this blog to lament.  I think some people see it as whining… but to me, it’s a lament.  I’m trying to learn to have a bit more filters in my life and maybe become a bit superficial.  How do you feel about that?  Yes, I guess it would be easy to see that as a rhetorical question and since I do screen comments, I guess only I will know if you honestly answer me.  But I do wonder and think I would like to know.


I used to feel that having people say I was real was a compliment.  Now I wonder.  I try to be very real. I hate phonies… I mean I really can’t stand them.  You know the type – everything is wonderful and lets stroll through life with a song in our heart.  It gags me.


Now some of you are the more spiritual type.  That’s great… seriously, it’s really, really great.  For those of you like that, you seem to have this deep faith that everything will be wonderful, no matter how bad it is, because God’s got your back.  Okay, I do believe that.  I’ve held on to God and faith with knuckles whiter than anyone else I know… seriously… that’s not an arrogant statement either.  It’s true.  IF YOU ONLY KNEW… I am a woman of great faith.  Somehow, I just don’t care for that everything is wonderful all the time business. 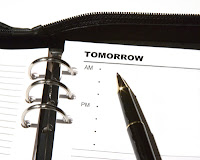 Life sucks sometimes…. Okay, I have a dear friend who hates that word – sorry.  But for the rest of us, isn’t that true?  I mean even those of you who lead toward being a Pollyanna where the sun is always shining even when it’s not – if you were honest, you gotta know, life is rough.  Does knowing that and admitting that I struggle with frustration, disappointment, and even anger at things in life make me not spiritual? Does it mean I don’t love Jesus? Does it mean I don’t believe in God?  Or that I don’t have faith that ultimately God is in control and can take care of me?


My latest lament has to do with a job.  Okay, I don’t want to give you all the details but there was a possibility of a job and it fell through because of the same old song and dance-we had someone internal.  What that means is someone knew someone…it means that the person who suggested me had less clout than the friend of the friend.  Sometimes it also means, you’re too old for the job… trust me ageism is alive and well!  But this time, it was just a form of nepotism – who you know and how much influence they have… this place, a private university is known for that – it’s all in who you know and their level of influence.  And all of this was for an underpaid part-time job too!


On the heels of this, I get this email from a professor.  I had mentioned that I had no realistic hope that what I was doing for the class would result in an opportunity.  He told me to be encouraged, that no one but God had control of the doors that could open.  Now I’m a realist.  I thought ah-ha… sure… the dean, the president, the supervisors, etc… they are nice people, they are godly people, they have no problem taking my money and training me for jobs… but when it comes to a real open doors, they really do have control. If you aren’t on the most favored list the best you can get is a recommendation for someplace else… and even that is sometimes difficult. You know, they are very busy. (BTW, that was sarcasm.)


I could go on but that’s not the point – the point I wanted to make today is about being real, about admitting you hurt.  What does the Bible say?  Does it always say that you should sing and be merry?  No, it says things like Jesus wept.  It says that Jesus grieved for Lazarus – it sort of indicates that Jesus had real emotions – guess what, Jesus even got angry.  Paul tells us to be angry and sin not… so if I’m angry, or if I’m hurt, I think it is okay to say so. And what about all those raw human emotions in the Old Testament.  Solomon reminds us that there is a time to weep...


Seems God does know we are human and it's okay.


Maybe I’m too much like Martha today.  Maybe I am saying but Lord, if you’d only show up.  However, the clock is ticking for me – I’ve got a milestone birthday coming up that’s bothering me.  Seems time for resurrection and new life in this life is going fast.

I guess I just will never learn to sing the Sun Will Come Out Tomorrow but I sure hope it does.

Unfortunately, tomorrow seems to always be a day (or two or three or four) away... it never comes.

And I guess, I'll always flunk superficiality.  Would you like it better if I could learn it?  If so, how do you do that and still be real?
Posted by Joyce Lighari at 12:42 PM